Home>News>History of Dental Veneers - from Hollywood to Everyone


History of Dental Veneers - from Hollywood to Everyone

Veneers were invented almost a century ago, and have since changed in their characteristics and medical uses. 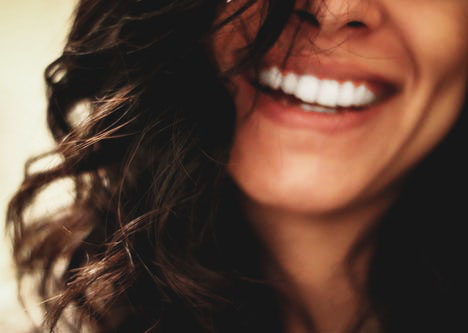 Veneers were invented almost a century ago, and have since changed in their characteristics and medical uses. From fake temporary tooth caps to permanent teeth that look natural, veneers have improved in many ways, and help solve a number of aesthetic problems.

In the late 1920s, Dr. Charles Pincus, a dentist living in California, had many Hollywood celebrities on his patient list and was researching effective ways to make their smiles to be perfect in front of the camera. To solve the problem, it occurred to him that acrylic could be attached to the fronts of patients’ existing teeth. Shortly after, veneers became widely used in Hollywood, with movie stars putting them on just for a few hours during filming.

Over the following decades, dentists started to realise that not only performers were in need for veneers. Some patients suffered from tooth loss as a result of disease, and even at that time, false teeth could not compete with the natural look of veneers. Therefore, doctors improved them enough to be made of porcelain or composite, but still struggled to adhere the caps strongly enough.

By the 1950s, Dr. Michael Bunocore discovered a way to create a surface that is easier to connect with a bonding agent, by lightly etching the tooth’s surface with a mild acid. This was the big step towards permanent veneers.

The goal was finally achieved in the early 1980s, when scientists combined the techniques of previous researchers and created a way to permanently attach porcelain to enamel. The technique quickly improved, making the procedure easier for dentists and more affordable for patients.

Today’s veneers have reached a point where it is often impossible to tell the difference between a veneer and a natural tooth. Modern dentists place much time and effort working with suppliers to craft naturally looking individual products to match the natural shape, color, and size of a patient’s tooth. Subsequently, this has solved a number of cosmetic issues facing dentists,  including discolored, worn down, misaligned, chipped or gapped teeth.

Thanks to their long development history and advancements in dental technology, porcelain veneers now help many people obtain the smile they want. The possibility to travel for a high-quality and affordable procedure abroad, makes an invention - initially created for Hollywood celebrities - available to everyone thanks to organisations such as Health Tourism Lithuania, who offer individually made porcelain veneers.

History of Dental Veneers - from Hollywood to Everyone
Veneers were invented almost a century ago, and have since changed in their characteristics and medical uses.
Written by: Gabriele01
Date published: 2019-06-27
Date updated: 2019-06-27